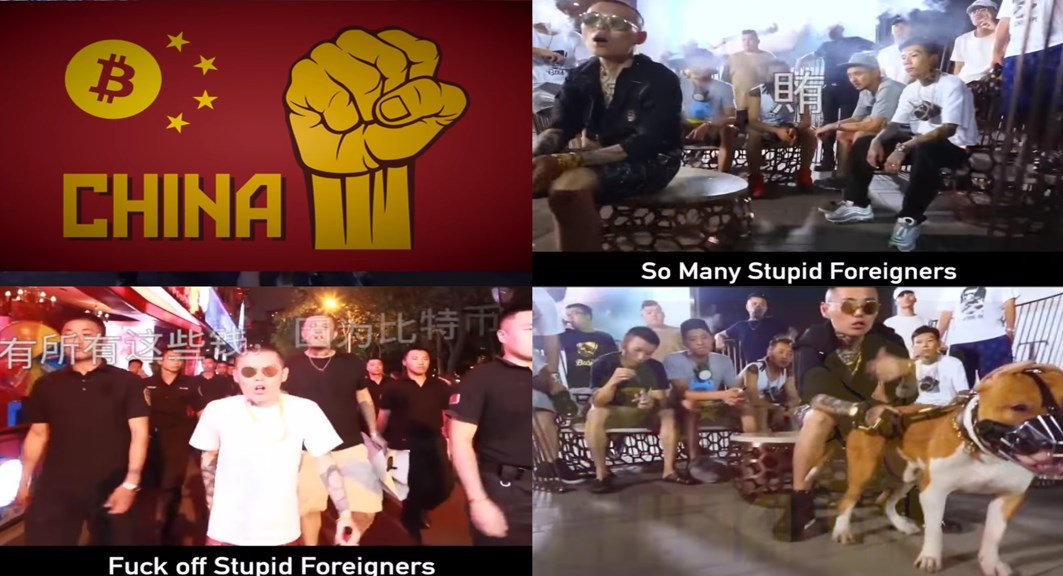 Not all viewers were impressed: “Why is he standing around foreigner-made luxury vehicles and wearing western clothes, then? Practice what you preach, chicken wuss,” wrote one Reddit user. Though others said the lyrics were targeting only a certain demographic: “I don’t see any racism or xenophobia in this video, it’s just targeting the “bad” foreigners, and everybody here knows that there are those people her in China.”

The original Weibo and YouTube posts featuring the video have been removed.