There have been many protests against Israeli in Hong Kong in recent years. Whether it be the attack on the aid flotilla, the bombing of Gaza or other human rights abuses, most protests attract a hard core of about 20-50 protesters. However, on Sunday around 500 people took to the streets in sweltering heat and rain to protest the Israeli bombardment of the Gaza strip. The demonstration was organised by two activists on social media with just 48 hours notice. At least 187 Palestinians have been killed in Israel’s ‘Operation Protective Edge’ – there have been no Israeli casualties. The UN Office for the Coordination of Humanitarian Affairs estimates that at least 80% of those killed were civilians, of whom 21% were children. One placard read “You don’t need to be Muslim to care about Gaza, you just need to be human”. Speeches were made in Central before the crowd moved on to the US Consulate, chanting ‘Free Free Gaza!’ ‘Free Free Palestine!’ ‘’We Want Justice!’ and ‘Shame, Shame Israel!’ Organiser Adeel Malik presents a letter to the US consulate

A letter was read out calling upon the US to end its support of Israel, the largest recipient of American aid. Protesters then proceeded to the Israeli consulate in Admiralty where another letter was presented condemning in the massacre. Human Rights Watch have condemned what they say amounts to ‘collective punishment’. The current attacks on Gaza were sparked by the abduction and murder of three Israeli teenagers in June 2014 – arrests were made but there was no evidence Hamas, which controls Gaza, was involved. Hours after the funeral, Mohammed Abu Khdeir – a 16-year-old Palestinian teenager – was kidnapped and burned alive in a retaliatory attack by Israeli extremists. 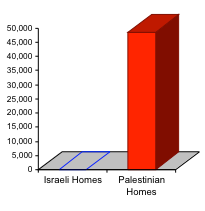 Multiple nations and trans-national bodies, such as the UN, have condemned the disproportionate use of force by Israel over the past week. A ceasefire proposed by Egypt was announced today.

A silent protest is planned at the Hong Kong book fair this week – click for details.