Zaha Hadid explains her competition-winning proposal for The Peak to Thatcher, 1984 Ding Dong. Thatcher aboard the antique tram, by Martin Chan via SCMP Deng Xiaoping and Thatcher at the Great Hall of the People in Beijing in September 1982. Thatcher sits in the cockpit in her Royal Air Force ve-10 during the flight to HK, December, 1984. Chris Patten and Thatcher at the Handover Ceremony in 1997 Two terrifying old waxworks as represented by mannequins in Shenzhen. 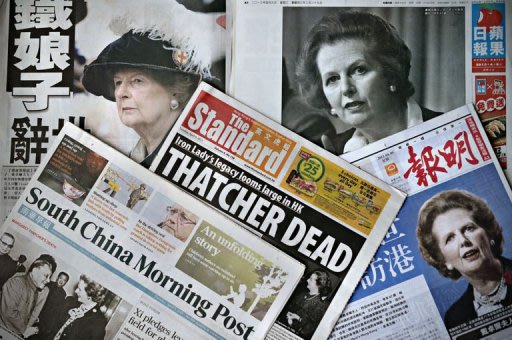 7 thoughts on “HISTORY – Photos of Margaret Thatcher in Hong Kong”